Clover, I knew you before you were born, you came from a lineage of quality pedigree that takes you back to the Isle of Skye.  The breeder’s house in Lindsay, Ontario had a yellow brick road that lead to her house, where you chose us and nestled in my lap with whispy puppy hair and warmth. 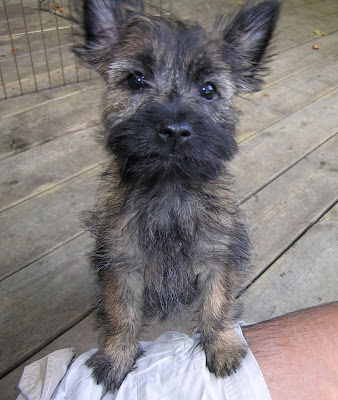 I named you Clover, after the lucky four-leaf shamrock, as at the time I was still in the process of healing and recovering from a very dark illness and you were such pure light and hope.  It was meant to be.  A few weeks after bringing you home, my boyfriend of 7 years told me he no longer loved me and left both of us in a cold Toronto winter during Christmas and New Years as he went on a cruise in Hawaii.  Remember those cold concrete floors in the loft?  It wasn’t an easy start, but you were there to fill my heart with laughter, pure unconditional love, and joy. 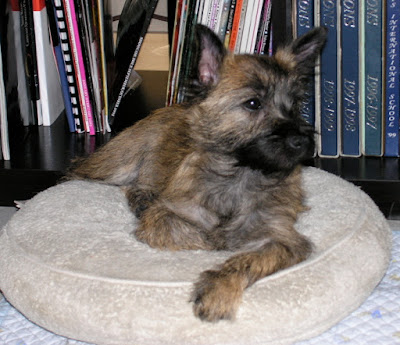 We started puppy training, you were apprehensive at first, especially those older rough-housing puppies in class, but you always held your own and never lost character.  You moved all the way up to agility and loved the fun challenges. 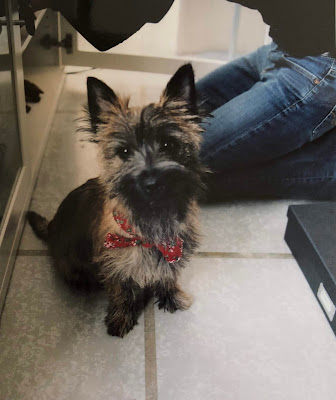 The first of many moves was living at home for a few months learning the ropes from Maple (the family Golden Retriever), while I was deciding on the next course of action post-relationship.  I received an emergency phone call one day from the concierge when you and Maple broke out of the unit (she learned how to open the front door) and both of you ended up frolicking the hallways and entering the elevator, they caught you on surveillance, you were too an accomplice!

We moved to a condo at College and Bay where you ended up peeing on an Englishman neighbor’s brand-new suede shoes.  The apology card that I had to write, on your behalf, began a soulful relationship of 6 or so years.

You made friends with everyone and whoever came in contact with you fell in love with your coquettish adorable charm, personality, and wonderful manners. 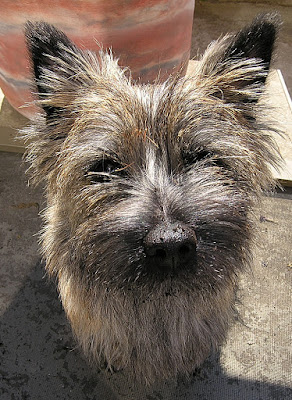 We wanted to give you more space to explore so we decided on renting a house at Lawrence and Yonge.  That was a total flop, as the place flooded the day before we were to move in, with all of our belongings in boxes that had already been transferred previously, floating in the water, getting completely drenched.  Followed with a dick-head of a landlord who got greedy and started stealing our mail when we said we would take this to small claims court; subsequently, changing the locks without telling us, with all of our belongings still in the house!  Those were my full-time artist days, and many of my paintings were destroyed.  I was in shock from the flood, the landlord’s immoral actions, legal case, losing many of my art pieces, and ending up having to take refuge at my parent’s place.  My little brother was also going through the fight of his life, and I was always so afraid for his well-being and worried, but you solidly heeled next to me through the journey, licking my tears away and greeting me with a waggie tail and furry cuddles.

Then the shock of losing Maple, at 9, when her heart filled with fluid and died at home surrounded by family.  You kept your respectful distance but checked in often to see that everyone was alright.  We said our goodbyes to Maple. 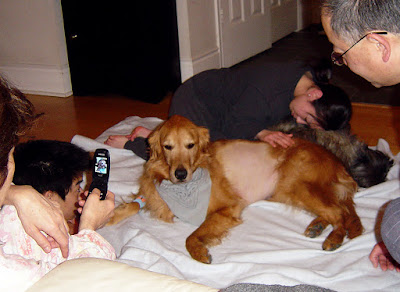 We found a house!  We moved in and chased rodents living under the deck, greeting masked bandit raccoons and exploring the area for a few years on Hillsdale Ave.

My family moved to Marina Del Rey, Los Angeles, and needed us to look after their condo in Toronto when they were away, and you became close friends with literally everyone in the condo.  They always brought you treats, and you couldn’t get enough of those tummy rubs - you big suck!

I was offered a lucrative job and an amazing opportunity in Tokyo and I had to ask the boyfriend to look after you while he stayed behind in Toronto.  I came to visit you, but I felt like such a bad mommy for having to leave you behind, but it was for your well-being as you would’ve been too overwhelmed in Tokyo. The distance and difference in the trajectory of our life paths ended the relationship between him and me, and he moved back to the UK, but coincidentally my family moved back from L.A. to Toronto, so you transitioned again to live with them.  Was I selfish to leave you behind while I was working in Tokyo?  The guilt is one I’ve dealt with and come to terms with but still, I apologize for not being by your side.

Then the family moved to the suburbs of Detroit, MI, initially in a posh too large estate where you helped Mom with her back problems by taking her on walks and keeping her active, finally settling into a more manageable house with a beautiful backyard overlooking a lake, golf course, and lush green forests.  You were happy there. 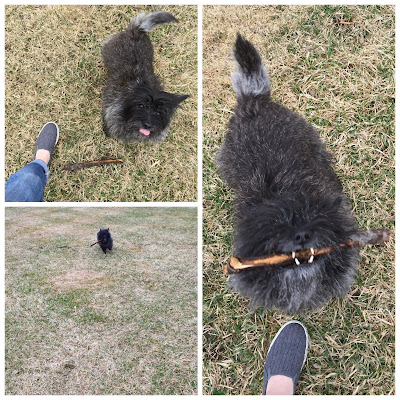 I moved back from Tokyo to Toronto after some difficult and significant life decisions, but the condo that I could find at the time was in the thick of downtown Toronto, and the landlord didn’t allow your four-legged kind.  By now you’ve already been through so many transitions that I felt it best to let you settle in and live out your senior years surrounded by quiet, nature, and space in Michigan, although you had to share the spotlight with my brother’s big ol’ cat Ty.  Even being stateside, you were still there to lick up my sad and happy tears through life’s difficulties and happenings, three career transitions, the dating disappointments, and heartbreaks. 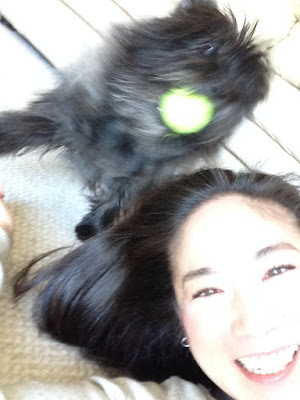 We thought you had allergies, so we took you in for a check-up, and they did a scan, which came back showing a large and aggressive cancerous metastatic tumor in your nasal cavity.  They gave you weeks, but you gave us months.  Early this morning, around 5am, you came to my bedroom and you let me know that it is time.  I knew looking into your eyes, listening to your breathing, and intuition.  I laid next to you and cried; sadness, pure gratitude, appreciation, deep compassion, and love.  I’ll be celebrating you, Clover, as you gave me hope and light when times were dark, and when I needed you most.  You were one of my only constants in our 14 years, thank you for your devotion and commitment.  My four-leaf Clover.  We journeyed, fought, overcame life’s obstacles and you lived an epic full life.

We’re going to take you in tonight, and you’ll gently fall asleep, for the last time, surrounded by love and warmth in my arms. 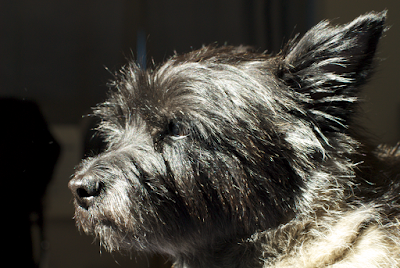 Love and Hugs Clover my girl,
Marie
Posted by BeingMarieT at 5:24 PM 3 comments: