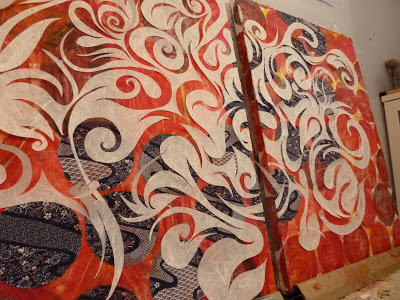 Diptych that I am working on based on the story: 三枚のお札 (san mai no ofuda), or three fortunes on paper... not sure how I will translate yet.

These are some of the reasons for Japan's social dysfunction; I will try to keep it brief as I could write a whole dissertation on this subject.

-Japan's main spiritual belief is in Shintoism which is roughly translated as 'spiritual path', where animals as well as other natural forces are 'kami' or the 'higher power' (God in Western terms), and they are worthy of human reverence.  Japan is absent of monotheism; unlike western cultures where a God and religion with universal principals exist.  Without this 'religion' there were no foundations for individuality, good vs. bad, right vs. wrong, evil, sacred, questioning, risk taking, personal empowerment or enlightenment.
-The value and identity is in the group, or collective; this dependency protects against risk, but there is miscommunication in the passive, and introverted people.  Also supporting and maintaining the clan came before the search for individual identity.
-1853 Commodore Perry opened up Japan to western influences, but the Japanese only took on certain features, failing to adopt the foundations of empowerment, individuation, or identity.  Japan only reformulated outside influences to conform to their local standards.
-'I' in Japan is context dependent; for guidance they turn to the collective or everyone's opinion.  Belonging to the same social field are the major concerns. For example when introducing yourself at a business meeting, the company you work for is mentioned first, your role in the company, then your surname, and lastly your given name.
-There is always a split between 'public face' and 'true feelings'; in a way the Japanese grow up with multiple personalities.
-Lack of privacy; everyone is in ever body's business.
-After WW2 there was a militaristic, machine/automated like effort to rebuild and industrialize.  Hard work, discipline, self denial, sacrifice, labor itself, unity of purpose, national growth became the religion of the whole.  Close knit, dependent, internal corporate systems proved to increase wealth.
-The newer generations were raised in material affluence, unlike those who experienced deprivation during the war.
-1990s the bubble burst.  Unprepared for the chaos, (as Japan was materially growing, but not necessarily taking care of the foundations of true identity), the whole country had to face inability to adjust to new situations.
-The process from feudalism to modernity has been incomplete; like a sieve without foundations.
-Japanese samurai ways haven't changed, only now they wear modern suits and ties; with all the change and upheaval people feel trapped, unable to speak their own mind, and tangled up in obligations of the new modernized world.
-Japan never really took on Democracy as the west defines it, they were only forced to accept the Constitution (as they were told, never working on the fundamental beliefs and nature of the situation, its role in society and the self).
-Feudalism--->Industrialization--->War--->Reconstruction--->Bubble--->Crash, without experiencing revolutions, or enlightenment.
-Village societies in the Tokugawa Period were suspicious of outsiders.  Dependence and trust amongst the village kept up security.
-The Japanese are a very close to one another, but this can cause social blindness as it keeps them from developing trust, and looking outside of safe, known networks.
-So the people have never had a chance to really discover and find themselves or their identity; during the bubble, they were able to cover or distract with materials, but now as everything in the world is up in the air (so to speak) the Japanese people are struggling to find solid footing.  Never introduced or 'trained' to develop the self, or individual voice, they follow trends create more fetish based collectives (like otaku, humanizing cats, etc.), stick to what is socially acceptable, go along with what is already in place, never question, become more caught up in material things that come and go on the surface.  BUT this doesn't resolve or delve into the foundations of what is truly missing; accountability, acknowledgement, responsibility, patriotism, eagerness for self expression, acceptance of the rapidly changing world, taking risks, showing emotion, being assertive, having a voice and opinion, developing greater sense of individualism, empowerment, loosening social networks, and increasing general trust (within each individual, in the country, and outside influences that will further Japan's development and improvement).
-This amount of repression obviously leads to frustration, isolation, lack of hope and direction, plummeting confidence, rising debts, cessation of development, and dysfunction.
-The problem is, the major players like government, policy makers, huge corporations, education ministries, law, etc. the ones who have the power to make a difference are still in samurai garb under their fancy brand name suits and ties.  We are just continuing to drag our feet, which is ineffective!

The people who are developing mental illnesses are like gaskets or smaller eruptions that are raising red flags for the NEED for solid reform, change, and  identity!  And I haven't even gone into the details and individual disorders and how they are all related to the larger whole; it is all interconnected and affected. 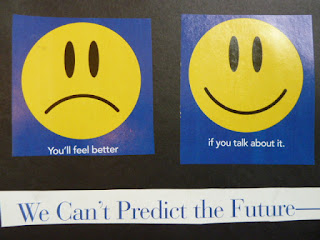 The earth quake/tsunami/nuclear event has brought further development due to the large numbers affected; there has been a lot of reconstruction, technological advancements, humanitarian efforts, ideas, and support, but suicide numbers keep rising (or so I keep hearing).  Since there wasn't too much in terms of interpersonal support (therapy/counseling/groups/etc.) prior to the event, help and aid have been rapidly called to action.  But more often than not, the news is filled with the more technical developments, and reconstruction; I find myself asking, where is the emotional, psychological, mental health aspect?  As a whole they seem to be recovering, optimistic and taking one step at a time, but individually they still struggle with PTSD, loss, depression, anxiety, and host of other mental stresses.  Stigma is still high.  Maybe it is still too early and other survival necessities need to be met, unfortunately I don't live in Japan and can only speak from what I hear and read on the news through English and Japanese networks.


OMG, my heart rate goes up a notch as I am so passionate, interested,  have experienced and feel the emergence to the bone!  This situation in Japan can be a metaphor to my life and struggles with mental illnesses, or vice versa; to me this whole issue is crystal clear as visual imagery in my mind, as well as deep gut intuition. 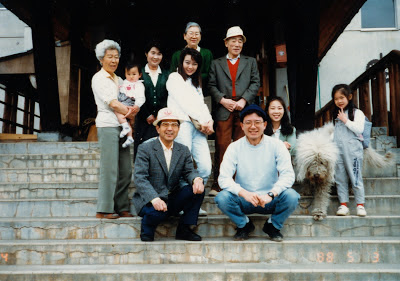 Always thinking, up to something, with canine as my side kick:)

Okay, now let me sniff the development of this niche fragrance that I've just got a free sample of which I applied earlier today; ah, smells so good~  Thought process: I need to visit Japan, back pack the whole country speaking to people, document, and take it further as I make more progress.  That is after/simultaneously sending out e-newsletters, updating my website to newer website with more options, creating more art pieces, studying material, spreading the word, connecting ideas and projects for collaborations, contacting and meeting professionals, individuals and businesses.  Still a one man operation, that's okay, it will steadily progress, one step at a time... (tiny voice in the back of my mind 'seriously, you must be nuts, how is this possible' but ever overpowered by solid larger goals, and dreams to make a difference). 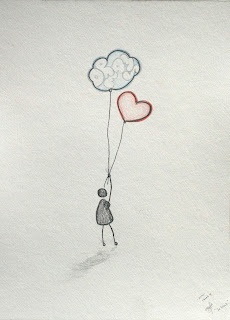 Work on paper, title: In Reach


Thank you for listening,
Marie

Posted by BeingMarieT at 2:01 PM