Down Memory Lane: Uncovered Notes from a First Love

As I was sorting out and packing up all of the books for my move, I came across two somewhat neatly folded pieces of notebook paper shoved into the pages; a walk down memory lane, of my first love. 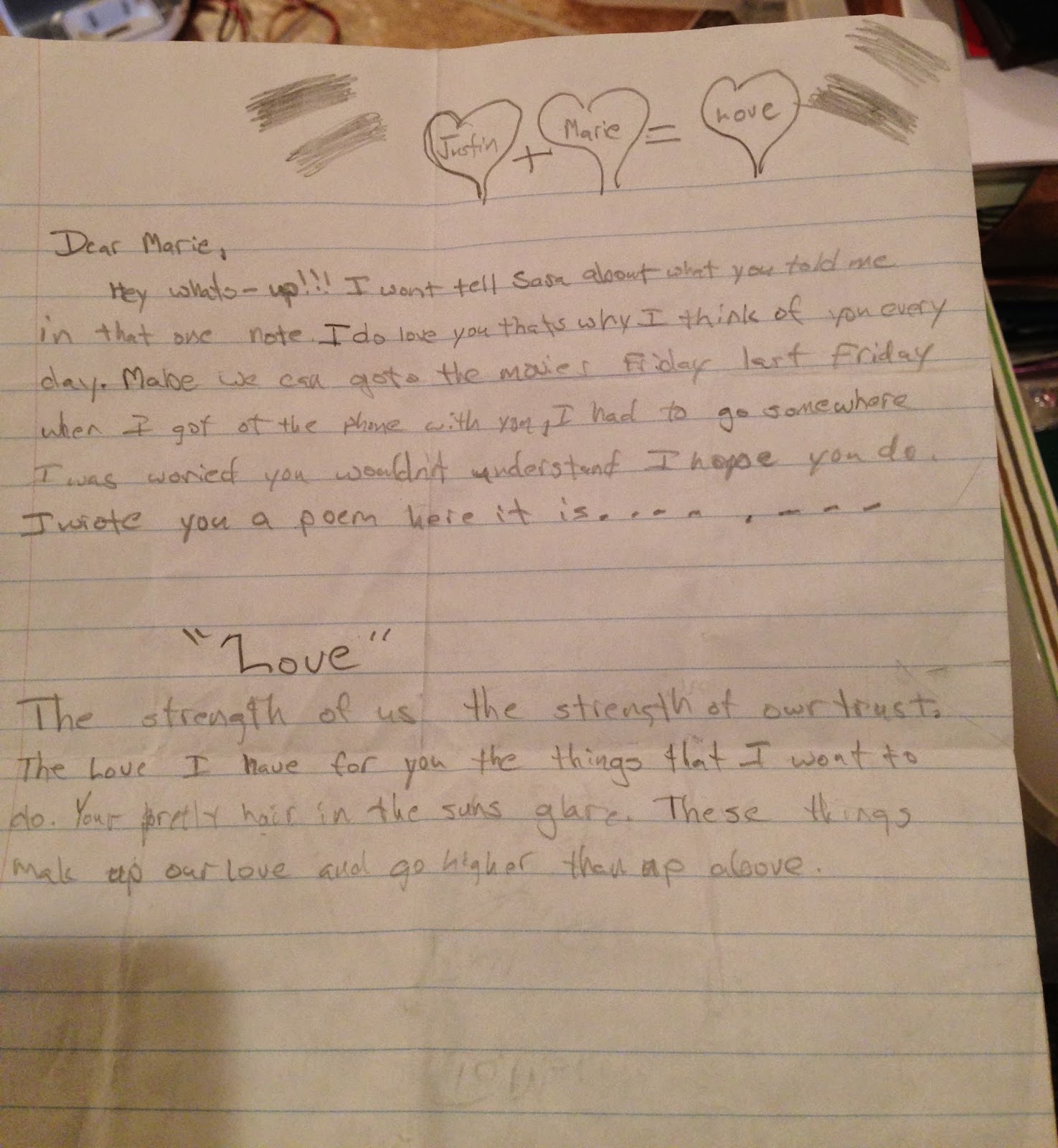 The sophistication and detail of the letters, of a 6th grader (so around 11/12, although I think he may have been 13) is quite impressive!  He must have gotten a lot of his English class writing practice from these notes; I can say this, as I remember he was the most popular boy in the grade, with a black belt in karate too(!), whoa, hahaha (yeah right... in the middle of the cornfields in Indiana, highly unlikely), and a smooth operator with the girls, before he got in with the not-so-great, monster truck loving, pill popping, smoking, high/stoned crowds later on as we became teenagers.  I was the new kid on the block, moving in from the suburbs of Detroit MI, I looked different in a predominantly caucasian environment, and from an apparently stable home life (to put the situation into context; the headquarters of the KKK were in the county or township adjacent to ours, and the area was well known for having the earliest and highest percentage of pre-teen/teenage pregnancies, and my hand was one of the only ones in the class raised, as we were asked about parents whom were still together).

I was oblivious to any of the realities of life, I was still a kid who was maybe only beginning to get out of the 'boys have cooties' phase; I remember to this day, as he was 'asking me out' during recess, out on the school field/playground, my response was 'ummm, I'm not sure if I can, I have to ask my mom first, I'll let you know later', and the group of boys and girls stood and stared at me like I was from another planet... I mean how was I supposed to know!?  And back then, I used to turn literally bright red in the face when put in embarrassing or 'on the spot' situations, so you could imagine the caliber of red I was turning!

But there is such innocence, and honesty in the letters, it warms your heart, with even a bit of drama, that I find so adorable!  I mean you'd be hard pressed to find a man these days putting his whole heart on the line in this manner; well, such is growing up and becoming adults with responsibilities and other aspects to consider. 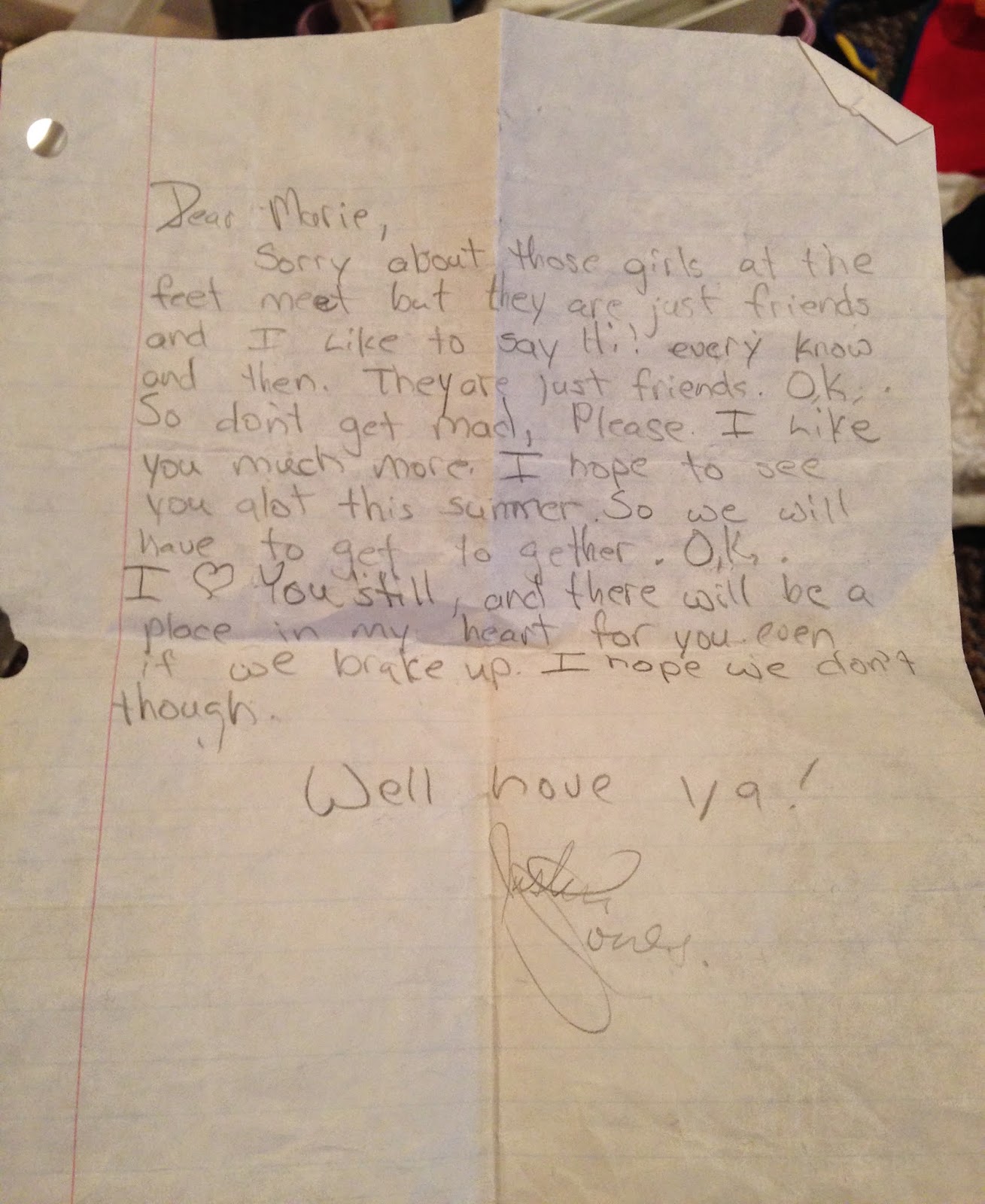 I do remember the soul crushing heart break I was in after the umpteenth phone conversation when we 'broke up'; I cried, like the little girl that I was.  I didn't go out with anyone after that until I was 16 as I focused on my classical ballet career goals, another move back to a completely different environment that was an all girls Catholic private international school in Tokyo; a 180 from the public school system in the county an hour south of Indianapolis.


Maybe this will conjure up your experience of firsts in love, down memory lane.

Posted by BeingMarieT at 6:11 PM